Below is our list of the most haunted locations in the world! Each page has detailed information on the location history as well as ghost stories and other paranormal research, articles, publications, TV shows, etc submitted by our users. If you have been to one of these locations, please feel free to leave a comment with your experience! 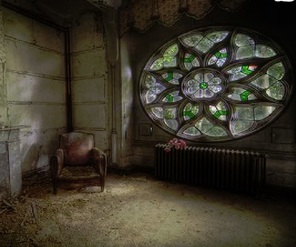 ​Waverly Hills Sanatorium is known for housing thousands of tuberculosis patients in the early 1900's. It has been featured on numerous ghost-hunting television shows due to its history of illness, death, and paranormal occurrences. There are estimated to have been between 6,000-9,000 deaths at Waverly Hills during its 50 years as a hospital, though some claim that number is actually much higher. Many claim that it is the most haunted location in the United States. ​